* In case of any delay in receiving the OTP, you may verify it later. Please proceed without verification.

Enter your City name or Pincode

The weather remains pleasant all through the year in Mandvi and due to this reason it is a favorite holiday spot for the people residing in the neighboring areas. The city once used to be a summer retreat for the Kings of Kutch. Mandvi in Gujarat offers a myriad of tourist spots for the locals as well as the tourists. Following are some noteworthy places of attraction in Mandvi: 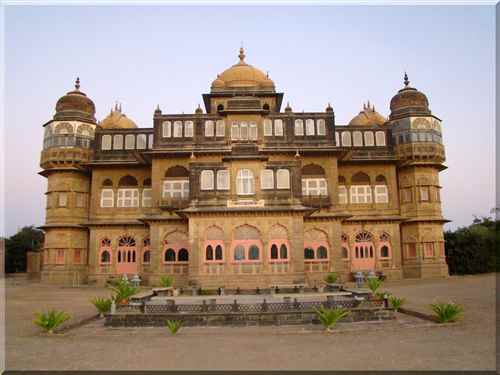 This royal building is positioned amid the picturesque gardens with marble fountains and water channels. In the year 1920 AD this splendid palace was designed and built by the craftsmen and architect of Jaipur. The architecture of the palace is influenced by the Rajput architecture and also follows the plans of Datia and Orchha palaces. The palace comprises of the following elements:


Apart from its aesthetic qualities the palace also owns a secluded beach which boasts of AC tented accommodation. This palace is a sought-after place for a relaxed and private holiday for beach lovers. There have been shootings of several Bollywood movies inside the Vijay Vilas palace and this makes the place even more popular among the tourists. Inside the palace there is a museum as well.

This is one of the longest bridges in India and was built in the year 1883 on Rukmavati River. Vishram Karman Chawda who dwelled in the Chandiya village and belonged to “Mestri” community constructed this long bridge.

This Lake is located at the center of the Mandvi city and hence is a very important landmark of the city. 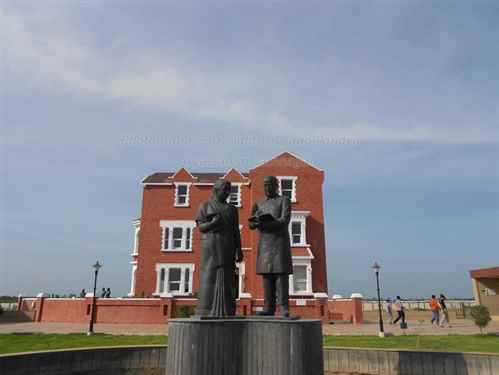 Shri Shyamji Krishna Varma was a great freedom fighter and a scholar. He was born in the city of Mandvi and this smarak was built in the commemoration of Shyamji. This beautiful monument is situated near the Lohana Mahajan Vadi. Shyamji set up the India House in the Great Britain to encourage the Indian students to go to the UK for higher studies. Finally the India House turned into a foreign hub of the nationalist activity for the sake of India’s independence.

This lovely beach is located near Mandvi. The name of the beach -“Kashi Vishwanath” is derived from a nearby Shiva temple.

This pious temple is located on the Layja Road in Mandvi. The main deity of this temple is Goddess Shitla.

This market is very popular among the locals and attracts many tourists from all over the country. The specialty of Bandhni bazaar is the tie and die products and other hand-made crafts of India. 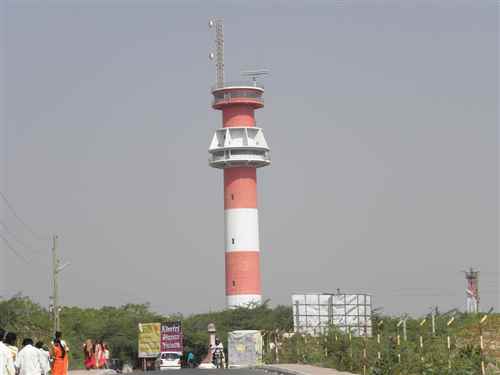 After the devastating earthquake Gujarat in the year 2001, January, there was a huge loss of property including the light house in Mandvi. Later a new light house was built which was 30 meter high.
Rukmavati River. The view of this river attracts a plethora of visitors to Mandvi. The Rukmavati River flows between Salaya and the city of Mandvi.

This is also popular as Aadishwar Bounter Jinalaya which was constructed to give respect to the Gun Sagar Surishwarji Mahara in the year 1982. This octagonal shaped temple occupies a land of 80 acres area. This holy temple houses 72 deris of Mahavir. Lord Aadishwar is the main deity of this temple. One can witness the idol of Aadishwar bhagwan which is 6 feet 1 inch high. The temple also boasts of a Dharamshala which is equipped with the latest facilities along with a Bhojanalaya (or restaurant).

The Mandvi Port is a very popular site to visit in the city. Here one can witness the export and import activities.

One can witness this centre for all kinds of ship-building activities. This centre is about 400 years old. Earlier the ships that were constructed here used to sail to UK and then come back. At present one can witness the expert carpenters constructing fishing boats using the traditional methods.

Goddess Ashapura is the main deity of this popular temple of Mandvi which is located in Layja.

This picturesque temple is positioned on Mandvi-Naliya main road.

This is a memorial which is dedicated to Shyamji Krishna Varma. The aim of this memorial is to offer a glimpse of Shyamji, the great freedom fighter’s life and his inspiration to the young generation. 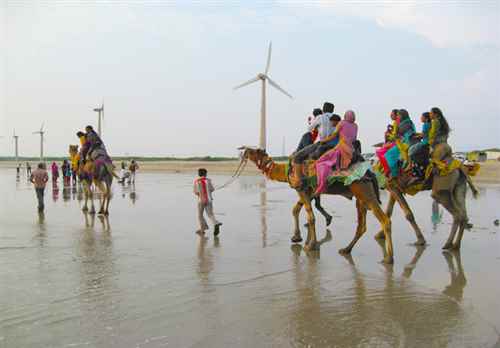 It is one of the best beaches in Gujarat. One can spend a lovely evening with friends and family at this beach. A myriad of fun activities like horse riding, water sports, camel ride, parasailing, skiing and surfing can be enjoyed at the Mandvi beach. Food lovers can relish the scrumptious boiled chickpeas and the famous street food “Dabeli” of Mandvi at the sea beach.

One can witness the beautiful view of the wind mills from Mandvi beach. These wind mills are used to generate electricity for the entire locality. Earlier, it used to be the largest wind farm in entire Asia.

This holy temple is located close to the Hanuman Dairy and is visited by numerous devotees especially belonging to the Kharva caste.